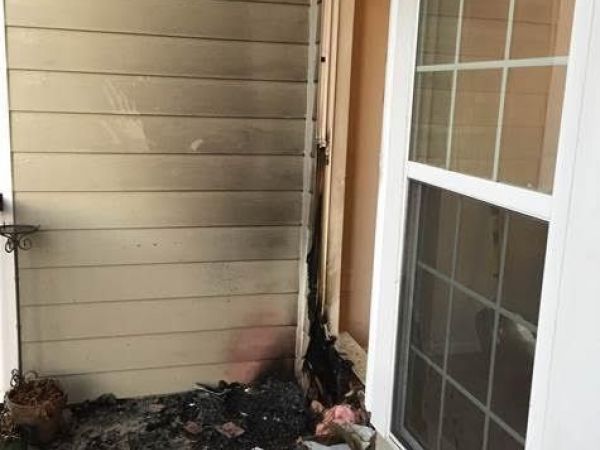 On Wednesday, Nov. 23rd at 06:24 am, 911 received a call reporting a structure fire on Wardlaw Terrace in Ashburn.  The caller advised that the rear of a neighbor’s house was on fire.  Units were dispatched from Ashburn, Lansdowne, Leesburg Fire, Moorefield, Sterling Fire, Battalion Chief 601 & 603, AC606, SAF600 and EMS601.  The first unit arrived on the scene and reported a 4-story “stacked condominium” with nothing showing from the front of the structure.  Upon further investigation, moderate smoke conditions were located on the third floor.  A Level 1 RIT was requested bringing units from Arcola, Dulles South, and additional units from Ashburn and Moorefield.  Several occupants were assisted out of the structure and the fire was located and extinguished on a third floor balcony with minor fire extension into the structure.  The building exterior was covered with HardiePlank lap siding which is cement fiber siding which is non-combustible and does not melt.  This prevented the spread of fire to other parts of the building.  The Fire Marshal’s Office determined the fire was accidental in nature and caused by improperly discarded smoking materials on the balcony.  The smoke alarm in the unit of origin did not activate as it was determined to have been removed from its proper location. There was minor water damage to units below the fire unit but direct and indirect damage was limited to approximately $5,000 to the structure.
Units Involved: T620, EMS601, AC606, E606, E623, E622, E620, R620, TL606, TL611, M606C, SAF600, BC603, BC601

The presence of HardiPlank on the building is significant in that it likely stopped the spread of the fire on the exterior of the building. HardiPlank, unlike vinyl siding, does not burn.  Loudoun County is well aware of the dangers of vinyl siding after the significant fire incident on Meadowood Court in 2008 that injured several Ashburn firefighters.  The house on Meadowood was clad in vinyl and was ignited by improperly discarded smoking materials.  The fire spread rapidly up the siding and throughout the house.  The following story and video from NBC 4, broadcast on 22 NOV 2016, highlights the Meadowood incident and discusses the dangers of vinyl siding.

Rapid Fire: What’s on the Side of Your Home? 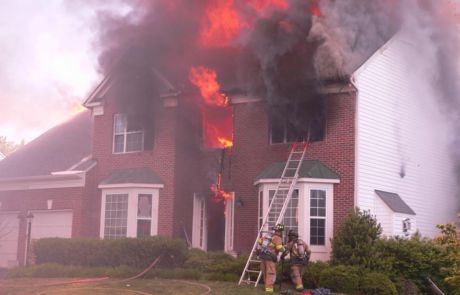